The Life of a Maiko

Editor’s note: This is the first in a five-part series of articles on "maiko," young geisha, in Kyoto, who struggle to become professional entertainers in the traditional world of strict conventions and rules.
***
KYOTO--Growing in the Tokyo suburb of Funabashi, Chiba Prefecture, Kaho Mishima was a typical junior high school girl who enjoyed playing the violin and whom her parents expected to soon enter high school.

But she experienced a life-changing moment about five years ago while watching a TV documentary on "maiko," young geisha apprentices, in Kyoto who were struggling to realize their dreams of becoming an entertainer in the traditional world.

She had just completed her first year in junior high school at the time, but it inspired her to decide on her future career.

“It was inspiring to see girls in my generation already working in the historic world of geisha,” she recalled.

Kaho, now 18, goes by Katsuna, her geisha name, and in November celebrated the third anniversary since she joined Kyoto’s Kamishichiken traditional entertainment district in Kamigyo Ward.

Each night, she attends "ozashiki" dining sessions in "ochaya" teahouses and "ryotei" Japanese restaurants in the district, illuminating her footsteps with a Japanese lantern and making the unique knocking sound with her “okobo” thick-soled wooden sandals.

When she first told her parents of her desire to become a maiko, they did not think she was serious.
“At the time we only thought that she was talking about her fantasy like becoming a popular singer or actress,” said her mother, Noriko, 51.

Even after they learned how serious their daughter was, they opposed her plans, saying she would quickly give up in the world full of strict conventions and rules.

The parents and daughter agreed to discuss the prospect again after Kaho entered high school.
But since most young girls enter the geisha community soon after they finish junior high school, Kaho continued trying to obtain her parents’ consent to move to Kyoto.

“If you do not allow me to become a maiko, I will stick to my dream in my next life,” she tearfully told her parents.

Her father, Naoki, 51, finally gave the go-ahead. He told his daughter, “You must make it through because it is a life path you have chosen.”

Noriko expressed her sadness at allowing Kaho to leave home and move to Kyoto at such a young age, as she was counting on her daughter staying with her parents until she got married.

Kaho became determined to make her way through as an accomplished entertainer as early as possible to repay the debt she felt she owed her parents.

After becoming a geisha apprentice, she often found herself at a loss as to how she could assist her seniors during and in-between ozashiki sessions.

“Even when others are all busy, I could not do anything for them. I was scolded for moving about and then scolded again for just standing,” she recalled.

In the traditional world of geisha, Kaho was also coping with a sense of solitude and loneliness. When she was facing difficulties, she called her former school friends but was unable to explain her troubles because her world was a universe apart from theirs.

It was only with her fellow young geisha in Kamishichiken that Kaho could share happy moments with and also painful experiences.
***

There remain five “hanamachi” traditional entertainment districts served by geisha in Kyoto today, including Gion-kobu, Miyagawa-cho, Ponto-cho, Kamishichiken and Gion-higashi.
According to the Ookini Zaidan (Kyoto traditional musical art foundation) and the joint association of Kyoto hanamachi unions, there are a total of 65 maiko, young, still inexperienced geisha, who belong to the five districts at the end of November. Gion-kobu and Miyagawa-cho have 21 maiko each, and three other districts have fewer than 10 maiko.
The number of maiko bottomed out at 28 in 1975, but increased to more than 100 in 2008, thanks partly to the tourism boom to the hanamachi districts.
Difficulties in recruiting young geisha remain a headache for the districts. Rikio Tsubokura, the 74-year-old president of the union of “ochaya” teahouses in Miyagawa-cho, said the number of young applicants has increased since information about geisha and hanamachi became available on the Internet.
“But because the training to become a geisha is very demanding, not a small number of apprentices drop out,” he said.
Some operators of the “okiya” geisha houses, which serve as management for registered geisha, offer hands-on courses for young women to experience the life of a geisha for a few days during summer vacation.
Geisha apprentices formerly were recruited from local areas, but applicants now come from across Japan. They usually enter the world after finishing junior high school.
But since parents today want their daughters to attain at least a high school diploma, the Miyagawa-cho district encourages its teen geisha to take high school correspondence courses to obtain one.
It also sponsors English conversation courses for young geisha, inviting guest lecturers from outside, so that they can play a part in attracting foreign tourists to the area.
“It is now essential for us to create an environment in which parents can feel safe about entrusting their young daughters to us,” Tsubokura said.

Two Sides to Every Gynandromorph

You don't have to be an ornithologist to know that red northern cardinals are male and brownish-gray ones are female.

But what about a Cardinalis cardinalis that sports red feathers on one side of its body and brownish-gray feathers on the other? Why, that cardinal is half-male and half-female, of course--and just such a rare bird has been observed in northwestern Illinois.

An example of a phenomenon biologists call bilateral gynandromorphism, the bird was observed for more than 40 days between Dec. 2008 and March 2010--and it certainly caught the attention of the scientists who spotted it. 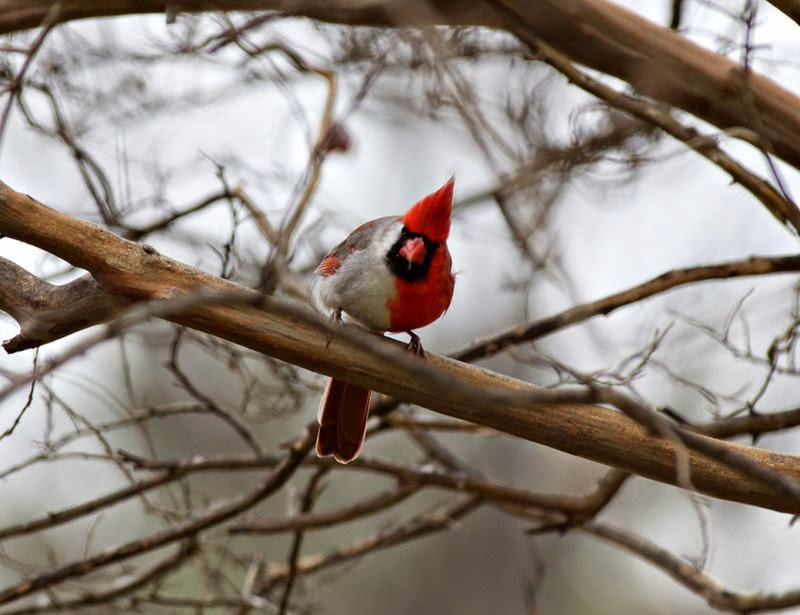 "It was amazing when the bird was viewed from one side it appeared as a normal male and from the opposite side it appeared as a normal female," Dr. Brian D. Peer, a professor of biology at Western Illinois University in Macomb and one of the scientists, told The Huffington Post in an email. "It wasn't until you could see both halves of the bird did you realize it was a truly unique individual."
If the bird looked weird, it also exhibited weird behavior. As Peer and his collaborator wrote in a paper published in the Dec. 2014 edition of the Wilson Journal of Ornithology, it was never heard vocalizing or seen to pair up with another cardinal.

"It never acted like a typical male or typical female cardinal," Peer said in the email.

Bilateral gynandromorphism has also been observed in butterflies, crustaceans, and other birds, according to Science magazine. 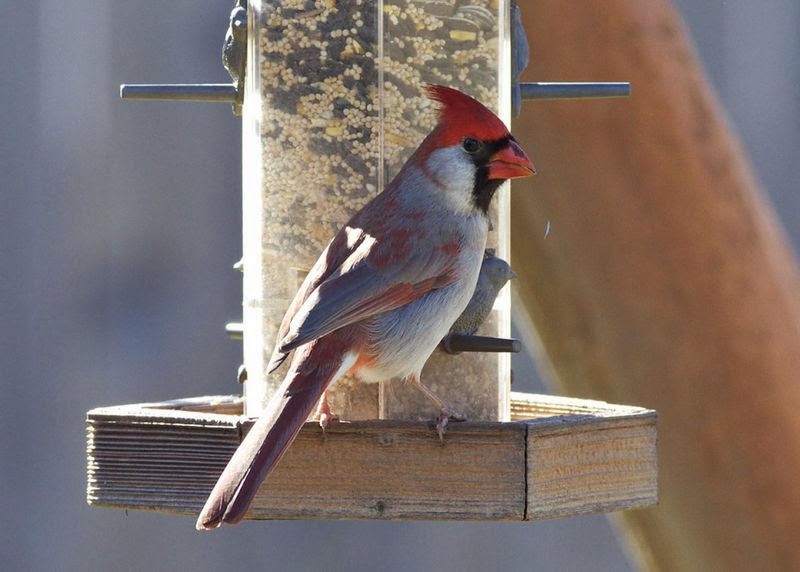 Peer said there has been at least one other published account of a bilateral gynandromorph cardinal but its plumage was reversed--male on the right side and female on the left. 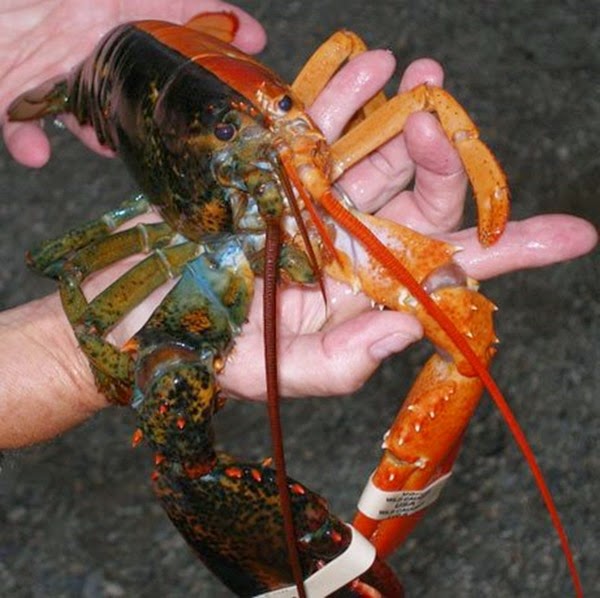 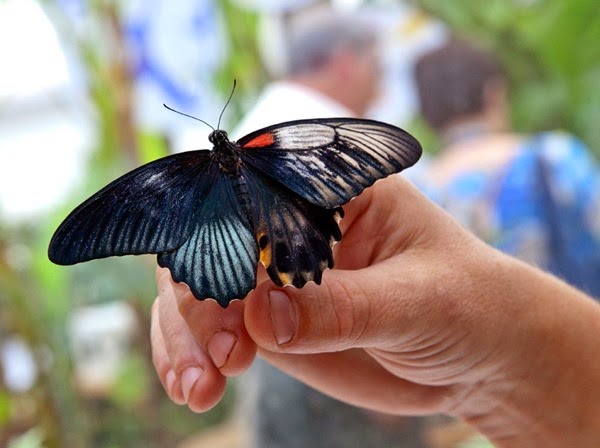 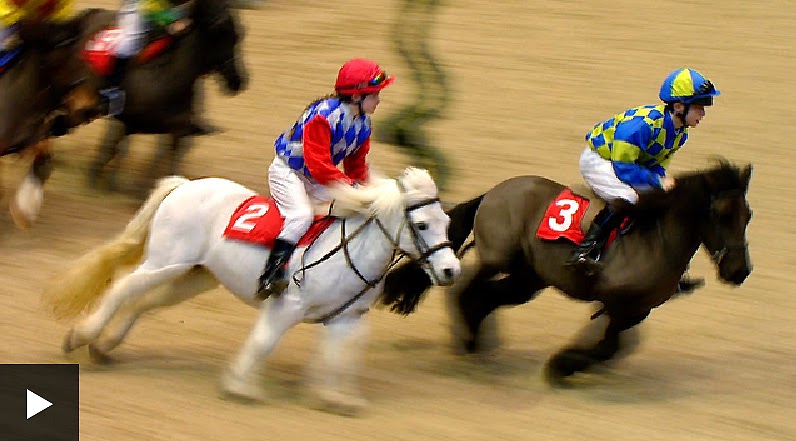 Olympia: Shetland Pony Grand National jockeys race at horse show
In addition to the elite dressage and showjumping competitions, the London International Horse Show  at Olympia also adds a element of fun with events like the Shetland Pony Grand National.
Competitors, who are aged between 9-14 and must not be taller than five foot (152.4 cm), race around the arena on a miniature course with jumps which mimic those seen at an Aintree Grand National.
BBC Sport's Nick Hope goes behind-the-scenes to meet some of the aspiring star jockeys and their ponies, who have been raising money for Great Ormond Street Hospital. 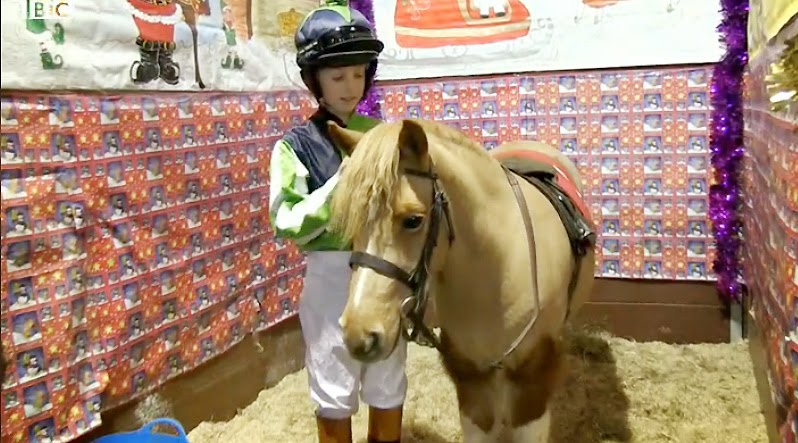 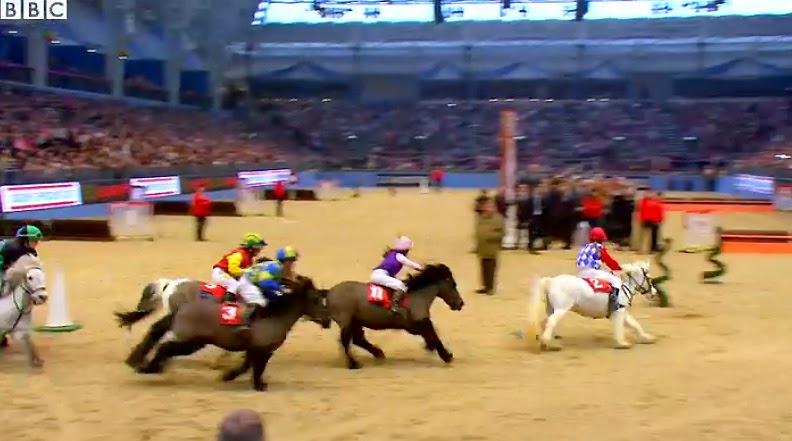 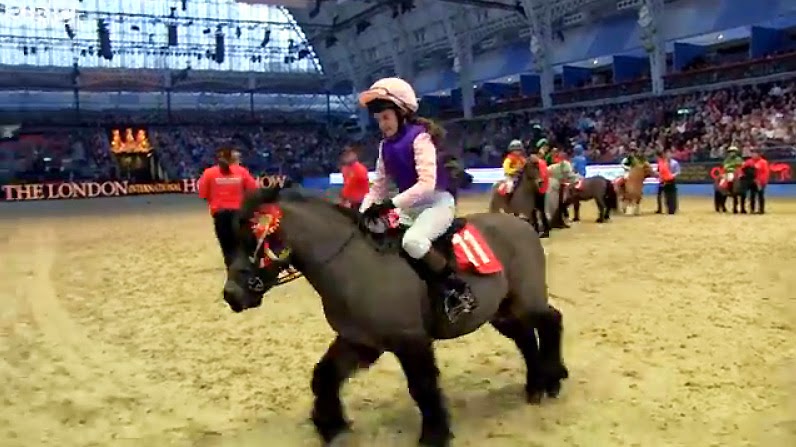 Posted by geonni banner at 6:20 PM