A forward-thinking farmer is in a field of his own – after devising a new way to herd his sheep.
Paul Brennan from Carlow in the south-east of Ireland is keeping his fluffy flock in line using a sophisticated drone instead of a traditional sheepdog.

A video, captured by the remote-controlled quadcopter, appropriately named Shep, shows the device making a faultless job of guiding the animals through a gate and into to a neighbouring field.

However experts in the north and north-east said the modern method would never replace man’s best friend.

Keith Marley, from the North East Wildlife and Animal Rescue Centre (New Arc) near Ellon, said no equipment would ever prove as reliable as a trusty border collie.

“It does threaten the usefulness of the dogs, but you need the right weather conditions, if it was a windy day you wouldn’t be able herd sheep using a drone,” he said.

“Sheepdogs also do more than herd sheep. They keep down pests and guard the farmer’s home.
“A drone will only work when you order it to work, but a sheepdog will always find something to do. They have a natural herding instinct so they will round up whatever they can find – whether it’s ducks or chickens, it’s part of their character.”

Neil Ross of Working Sheepdogs in Kincraig, has spent his whole life on the farm, however said having a collie is a way of life.

He added: “The sheepdog itself is a deep part in farming culture and it will outlast any sort of technology.

“Nothing will ever replace it.” 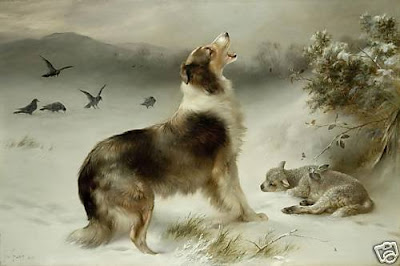 Tell me how a drone would work in the dark?

Tell me how it would find the sheep if the shepherd couldn't see them?

Tell me how a drone would shed off a particular ewe? Or six, or a dozen?

Tell me how a drone would hold a sheep while you administer medicine to it?

Tell me how a drone would find a sheep buried in snow?

Tell me how a drone would know to come get you when something was amiss with the stock?

Tell me what a drone would do if a crabby old cow with a calf decided you were a threat to her baby and came to stomp you into a jelly? 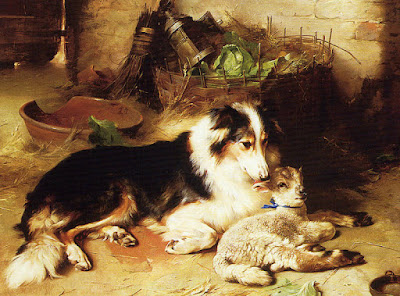 A drone might be useful for moving a whole flock from paddock to paddock, and that might save the dog a few steps, on a hot day, if you don't have any sheep that revolt and bolt.  But then again, if the drone can only move the sheep because they're afraid of it, you might stress them too much, and that's bad.  And what happens when they figure out that the big, noisy bug in the sky never really comes close to them?  That it doesn't grip when you stop and get stroppy?

As long as there is stock there will be stock dogs. 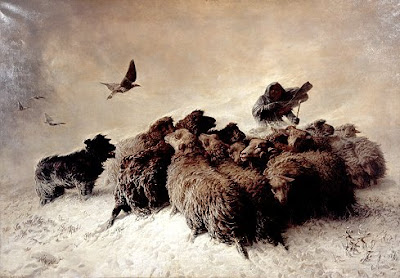 Posted by geonni banner at 1:35 PM