I Hated Them Anyway


It’s the Beginning of the End for CFL Bulbs 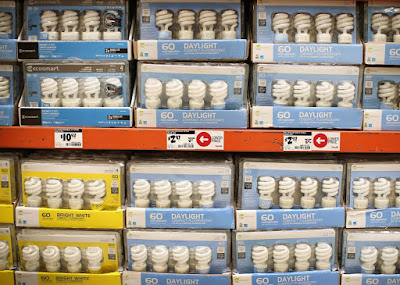 In 2008, Brendan Koerner wrote on Slate, "I'm constantly being told that the simplest way to improve my green cred is to start using compact fluorescent lights." Back then it was true. CFLs were the first mainstream, energy efficient alternative to incandescent light bulbs, but they were known for giving off harsh, unattractive light.

Today CFLs have peaked and begun to decline because of competition from light-emitting diode alternatives. LED bulbs give off a warmer light, have fallen in price to rival CFLs, and are even more energy efficient. And now the decline of CFLs in the United States is receiving a full-blown nail in the coffin: On Monday, GE announced that it will cease to manufacture CFLs by the end of 2016.

The company noted that in 2015 nationwide LED bulb sales were at 15 percent; the New York Times adds that at the same time in 2014 LEDs made up less than 5 percent of bulb sales. “The time for LED is now,” said GE lighting chief operating officer John Strainic in the statement. “LED is a platform that can replace every other light source that we have developed over 130 years.”

GE also noted that come 2017, it will be more difficult for CFLs to receive Energy Star ratings from the Environmental Protection Agency. Instead of letting the technology die slowly, the company is taking a hard line.

In 2014, Seth Stevenson tested out and reviewed LED bulbs for Slate. At the time he wrote, “Yes, they’re pricier, but LEDs are vastly superior to CFLs in every other way.” Now that GE says a 60-watt-equivalent LED bulb is $3.33 at Sam’s Club, you can see why the company is ready to go all-in.

Future Tense is a partnership of Slate, New America, and Arizona State University.
Posted by geonni banner at 1:46 PM