Why did the half-plane, half-helicopter not work? 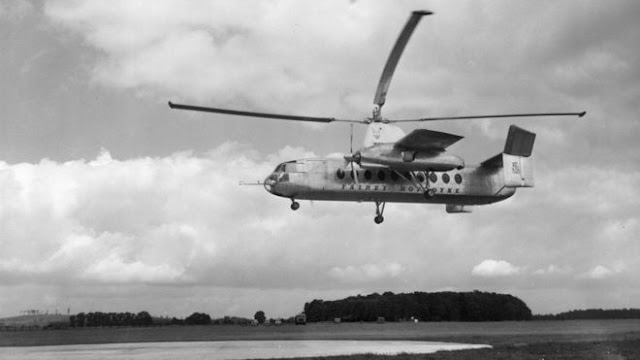 The first helicopter flew 80 years ago, although it's never caught on as a mass mode of transport. But there was one brave British attempt.

Was it a helicopter? Was it a plane?

The Fairey Rotodyne was an odd sight, appearing to blur the boundaries of aviation.

Developed during the 1950s and early 1960s, the infancy of the helicopter, the UK government hoped it would become a form of mass transport.

Taking off vertically using helicopter rotors with jets at their tips but powered forward by turboprops on the wing, it was to allow quick travel between cities and towns in the UK and around Europe. But the project died through a combination of lack of funding and concerns over noise.

"The idea was ahead of its time," says Michael Oakey, managing editor of The Aviation Historian magazine. "But it never really got going properly. Orders were hard to come by and interest faded."
The project began in 1953 when state-owned British European Airways (BEA) asked the aviation firm Fairey to design a helicopter-type aircraft for commercial passenger use. This was only 17 years after German engineer Henrich Focke had created the Focke-Wulf Fw61, widely regarded as the world's first practical helicopter.

BEA, which had started small-scale passenger helicopter services in 1950, wanted a craft that could take off easily in an urban area and was large enough to fly more than 50 people quickly to another. Landing in a tight inner-city space, it was to capitalise on the growing European business travel market.
So Fairey came up with the Rotodyne, classed as a composite helicopter - essentially half-plane, half-helicopter. The Ministry of Supply backed the project with funding for technical development.

The Rotodyne featured a rotor spanning 89ft (27m). A 40-seater prototype made its first flight on 6 November 1957. Modifications occurred and on 5 January 1959 the first public demonstration took place, over a course from White Waltham, in Berkshire, to Hungerford, just over 100km (62 miles) away at the western end of the same county. During the journey it reached a new rotorcraft speed record of 307km/h (191mph).

The Rotodyne had a range of 700km (435 miles), easily enough to get from London to Glasgow, Paris or Amsterdam. 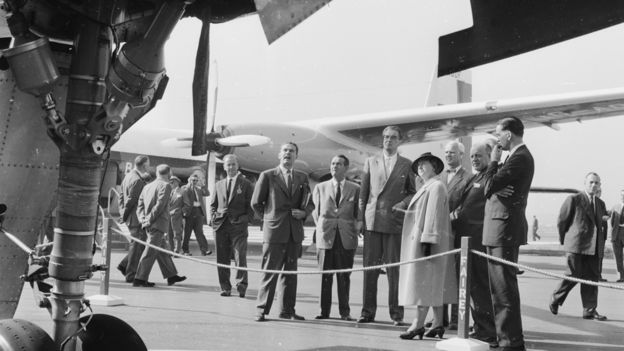 On 16 June 1959 it flew abroad for the first time, to Paris from Heathrow, via Dover and Brussels. It took one hour and 36 minutes to get to Brussels and 58 minutes to get from Brussels to Paris - far quicker than by ferry and train, or by plane and car.

The next month, the Rotodyne demonstrated potential beyond the passenger market by carrying a 103ft (31m) section of bridge 5km (3.1 miles) from White Waltham to the Thames.

BEA had stoked excitement, running a series of press advertisements in 1958. One described the Rotodyne as "neither aeroplane nor helicopter, but something of both, and is the world's first vertical take-off airliner".

Another proclaimed: "This service will fly families out (and in) for holidays, take businessmen on business trips, and increase the self-sufficiency of every busy provincial centre by providing the swift, direct communication nowadays so essential to the development of trade. Ever since helicopters were invented, there has been talk of rotary-wing services between city centres." 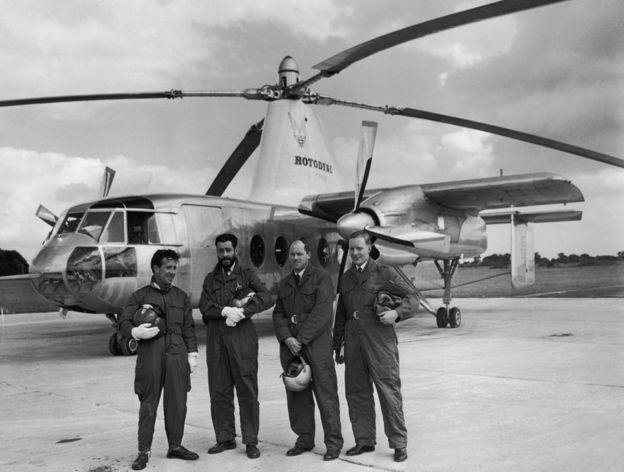 But the talk never resulted in a regular service. Fairey was taken over by Westland in 1960 and continued the research, but there was a problem with noise from the jet tips on the rotor blades, which made it less practical to operate the Rotodyne in built-up areas.

Government monitors worked out that noise levels within 500ft from the pad during take-off and landing were "intolerable" and that those within 1,000ft (305m) of the Rotodyne in mid-flight were "unpleasantly noisy" - the same as hearing a raised voice from 2ft (60cm) away.

In 1958, Canadian company Okanagan Helicopters put in an order, but the Rotodyne was too loud for trips between Vancouver and the city of Victoria, 100km (62 miles) apart, and the service never started.
There were concerns that the helipad at Battersea, south London, which the Rotodyne was to use, was too far from the city centre. In March 1961, the New Scientist quoted one man as having taken less than half an hour to fly there by helicopter from Shoreham, West Sussex, but having taken another 35 minutes to get to his office in Regent Street by taxi. 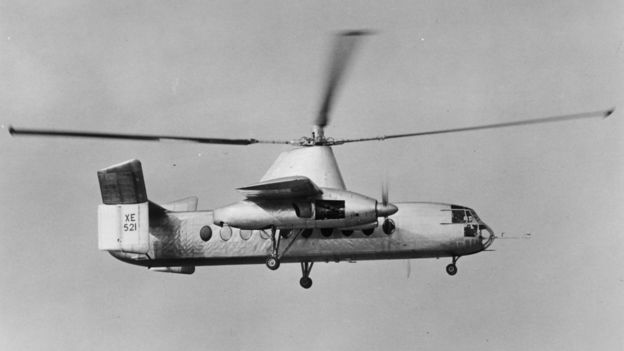 Helipads could not be placed nearer business centres "for noise reasons or because of the high cost of land", the magazine said.

He had said the previous December that the Royal Air Force was considering an order, but this too was to be dropped. Thorneycroft said BEA had told him it couldn't go on with the project because the commercial prospects were uncertain.

"It was a good idea but and if modern materials, such as carbon fibre, had been around to make it lighter, it could have been a fantastic success," and less noisy, says Oakey. 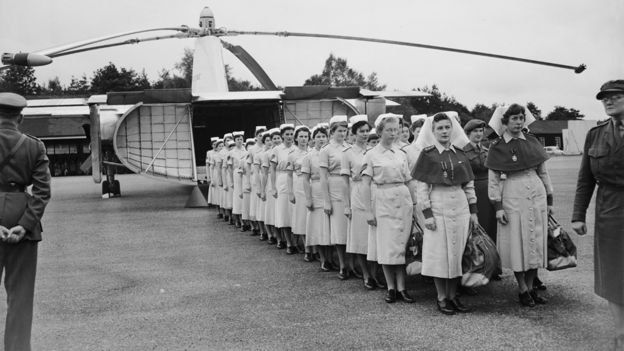 The Rotodyne was scrapped in late 1962. The former RAF navigator David Gibbings, in his book Fairey Rotodyne, criticised the government of the time for "carelessly discarding" the fruits of the research carried out for the project.

The Rotodyne wasn't the first attempted scheduled helicopter service but its projected scale was at the time unprecedented.

In 1953, the Belgian airline Sabena had started a service between Brussels and Antwerp, Rotterdam, Liege and Maastricht. But these used conventional, smaller Bell and Sikorsky helicopters. Similar schemes were in place in Los Angeles, Chicago and New York.

This video is a love letter to the Fairey Rotodyne.
Posted by geonni banner at 11:12 AM