A Vote for Vermin Is a Vote for Ponies! (A Re-post)

Protest candidate Vermin Supreme may wear a boot on his head, but he has serious politics behind his comedic shtick 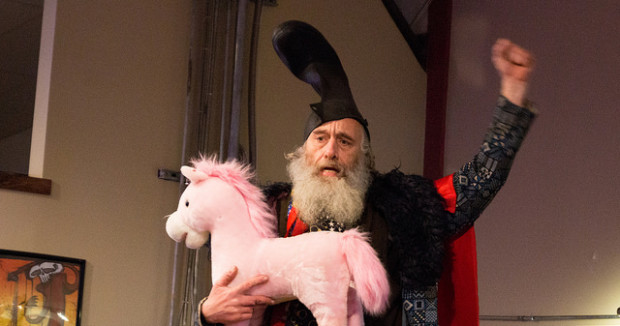 Vermin Supreme believes he can win the hearts and minds of the American people.

The perennial satirical presidential candidate wears a boot on his head, pledges to defend the country from the impending zombie apocalypse and promises free ponies and better hygiene for all Americans.

Supreme is attending the 2016 Republican National Convention this week, where he is making a last-ditch effort to win a presidential nomination.

Salon interviewed the protest candidate, who has attended #ResistRNC protests throughout Cleveland.

“There seems to be a large ‘anybody but Trump’ sentiment here, and I’m hoping I can be that anybody,” Supreme explained.

He did have some qualms, however. He condemned the Republican Party platform for lacking free ponies. “It’s a real problem for them,” Supreme added.

“The fact that many top Republicans are anti-free pony is certainly hurting them considerably. So I’m hoping to be able to bring ‘ponynomics’ to the people.” 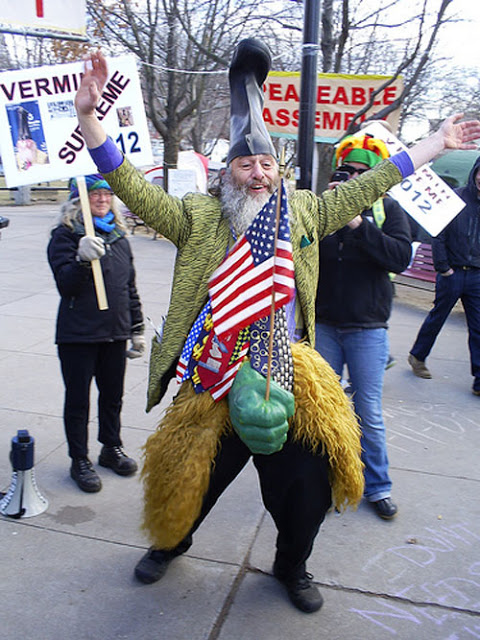 Supreme noted that he will be attending the Democratic National Convention next week as well. “I suspect they are probably a little weak on zombie preparedness, so I’m hoping to bring a little bit of realpolitik their way,” he said.

It is hard to get Vermin Supreme to leave character, but he has serious politics. At the heart of his satirical shtick is a substantive and subversive critique of U.S. imperialism and war, and what he considers the American police state.

Supreme was wearing a shirt that read “Better living through martial law.” 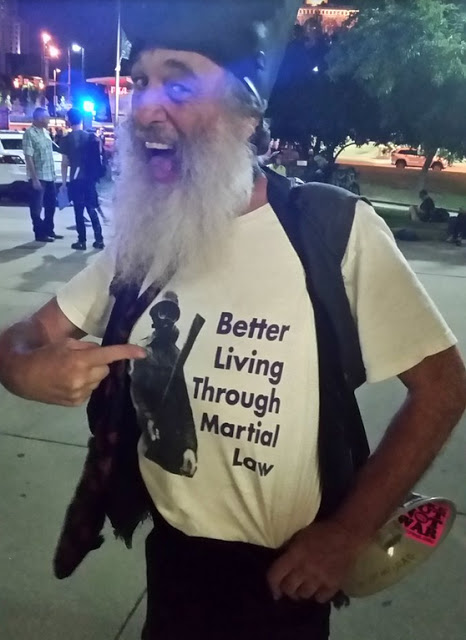 He spoke with people waiting in line for the party. To one group, Supreme casually mentioned that he opposed capitalism. To another, he joked about the enormous police presence at the RNC.

As Salon previously reported, estimates put the number of police in Cleveland for the RNC at one for every 10 attendees. Roughly 50,000 people were expected to attend, and approximately 5,000 officers were deployed throughout the city, including police from states as far as Texas and California.

Cleveland spent $50 million in federal grant money on police for the RNC, including $20 million on riot gear and equipment.

The American Civil Liberties Union sued the city in June for “placing unacceptable restrictions on free speech and other rights of people living and visiting downtown Cleveland for the RNC.”

At some points during the protests on Tuesday afternoon, in fact, hundreds of police flooded Cleveland’s Public Square, forcing out protesters and outnumbering those who remained. 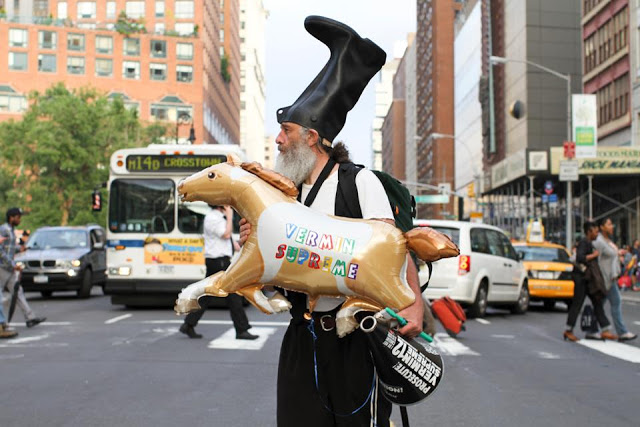 In the piece, Vermin Supreme condemned the Federal Restricted Buildings and Grounds Improvement Act of 2011 — which he noted was signed by Obama, not Putin — for making “it a federal crime to disturb events of national significance — such as a political convention.”

“This law has nothing to do with hedge trimming and everything to do with criminalizing non-violent political speech,” he wrote. “It is a hysterical overaction to free speech activities. It makes what is at most disorderly conduct a federal case.”

Supreme continued: “For years I have experienced the joy of using free speech to interact with, and occasionally disturb such events. To have such harmless, constitutionally protected expressiveness criminalized on a federal level, I find … disturbing.” 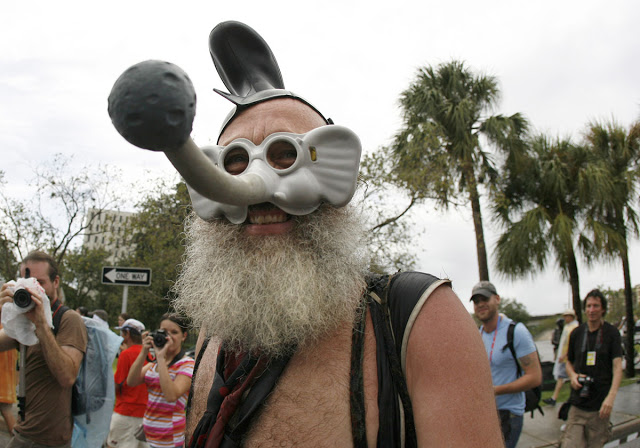 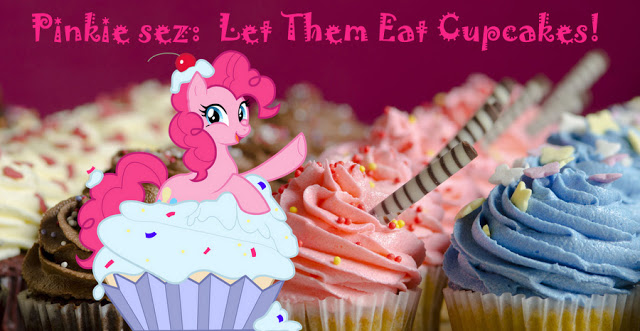 Notice:  As of now, the blog will be on hiatus while I deal with some decision making about the direction I want my life to go in.

I have enjoyed the production of the blog so far.  In many ways it is very rewarding.  But I need a break, and will probably be offline for at least a week.  That will give those of you who are interested some time to catch up.

GGB
Posted by geonni banner at 3:44 PM No comments: