Don't Leave Home Without It


Survive Anything by Always Carrying These 13 Pieces of Gear

Keeping emergency go-bags in your house and car is obligatory, but what if disaster strikes while you’re at Baskin-Robbins? That’s where a philosophy called Everyday Carry comes in. You should keep basic tools on hand at all times. This gear can help you deal with disasters or just the little twists and turns of normal life. The best part: It all fits seamlessly into whatever clothing you typically wear. 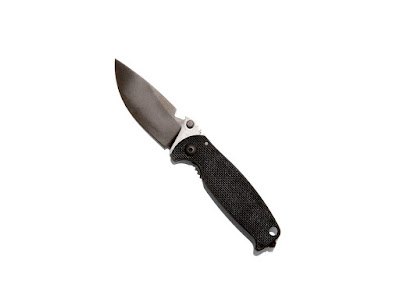 Slide: 1 / of 13. Caption: Caption: DPx Gear HEST/F Pocket Knife | Designed for urban spaces, where the ability to smash a window or strip a wire is as important as self-defense. (There’s a carbide glass-breaker on the pommel.)Christie Hemm Klok 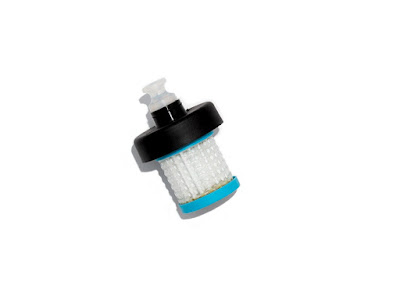 Slide: 2 / of 13. Caption: Caption: Naked Filter | A micro-filament filter that screws onto most bottles, it removes 99.9999 percent of micro-organic contaminants from water.Christie Hemm Klok 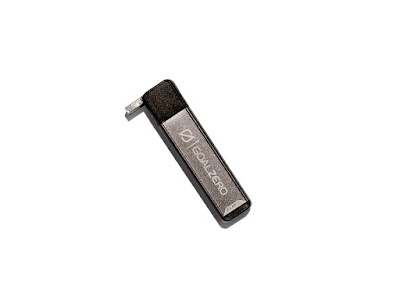 Slide: 3 / of 13. Caption: Caption: Goal Zero Flip 10 Recharger | This minuscule USB charger is roughly the size of a ChapStick, but it can top up your phone.Christie Hemm Klok 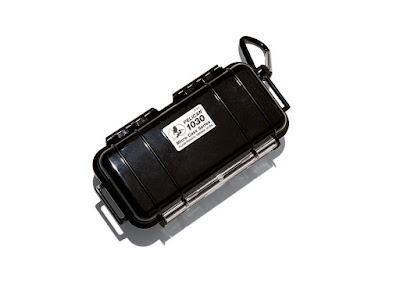 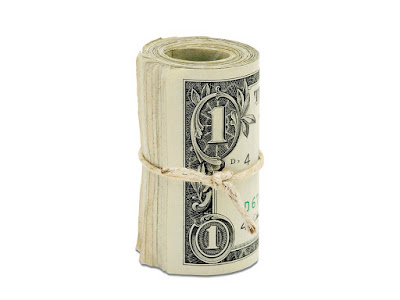 Slide: 5 / of 13. Caption: Caption: Cash | Don’t count on ATMs. Carry the total amount you use in a typical day at all times (in small bills).Getty Images 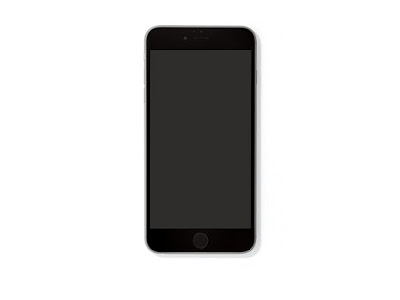 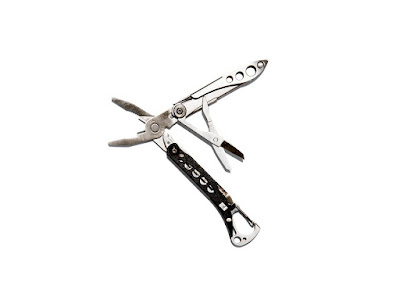 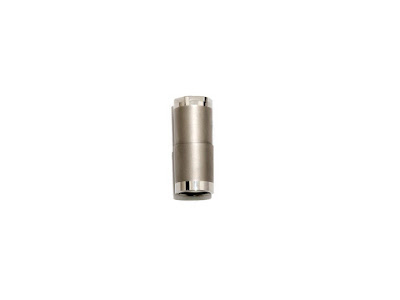 Slide: 8 / of 13. Caption: Caption: Foursevens Atom ALR2 Flashlight | An integrated magnet on this tiny torch allows you to position the light while you work.Christie Hemm Klok 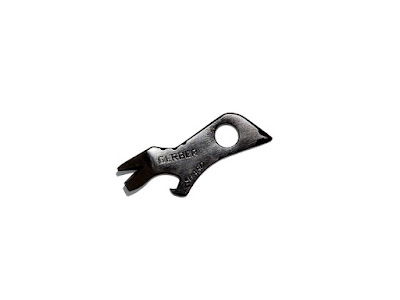 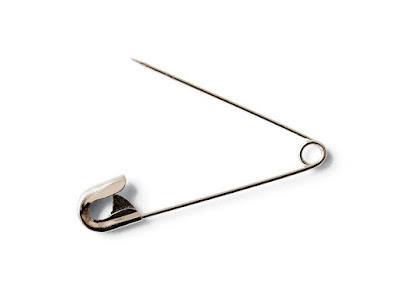 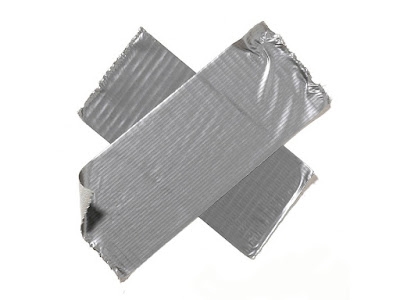 Slide: 11 / of 13. Caption: Caption: Duct Tape | You can tightly wrap 8 feet around a piece of paracord and it’ll be no bigger than your pinkie.Getty Images 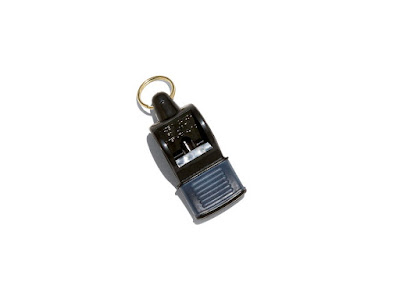 Slide: 12 / of 13. Caption: Caption: Fox 40 Classic CMG Whistle | Three short blasts in quick succession is the international call for help. This model has a mouth guard and no moving parts.Christie Hemm Klok 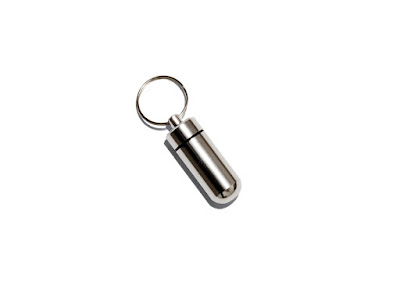 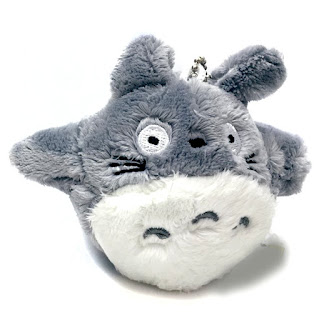 OK, these are all great things in a pinch.  But what you really need to remember to take with you is your Totoro keychain.  Keeps track of your keys, provides company and fends off impending PANIC ATTACKS!
Posted by geonni banner at 11:55 AM No comments:

Some Great Nature Photos from 2016 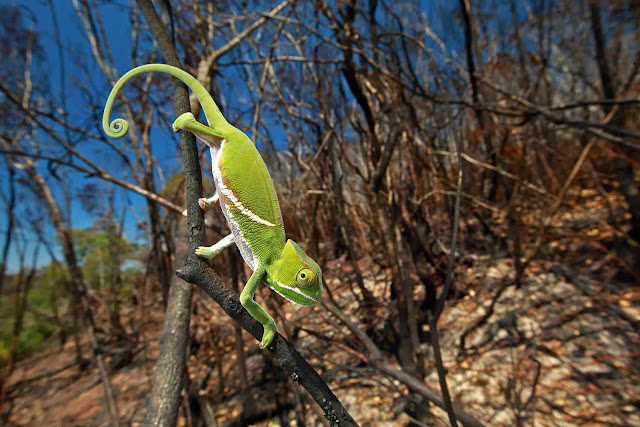 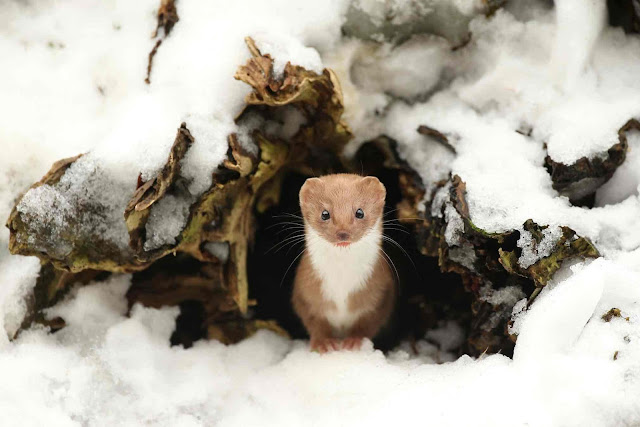 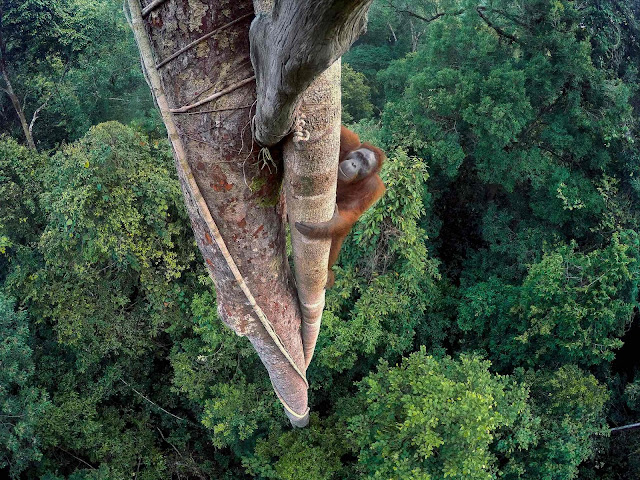 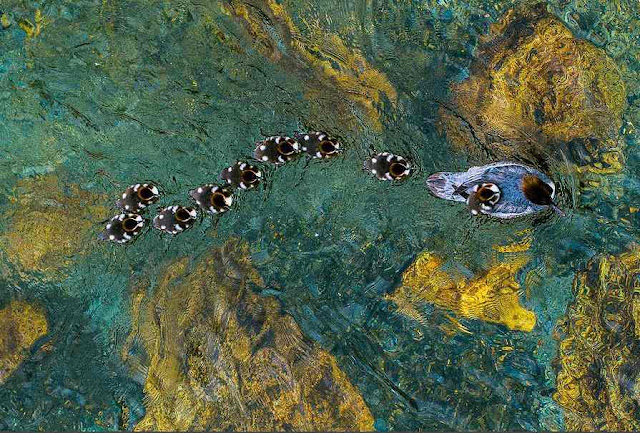 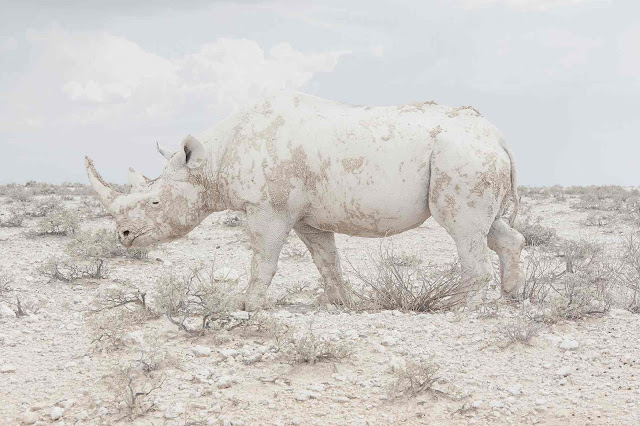 Rhino, Namibia, from the series, Land of Nothingness by Maroesjka Lavigne 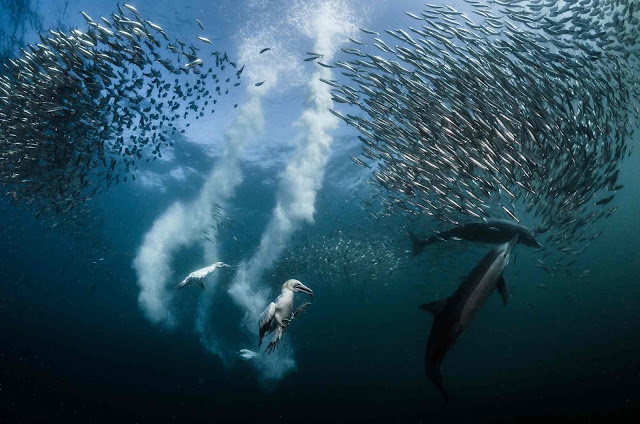 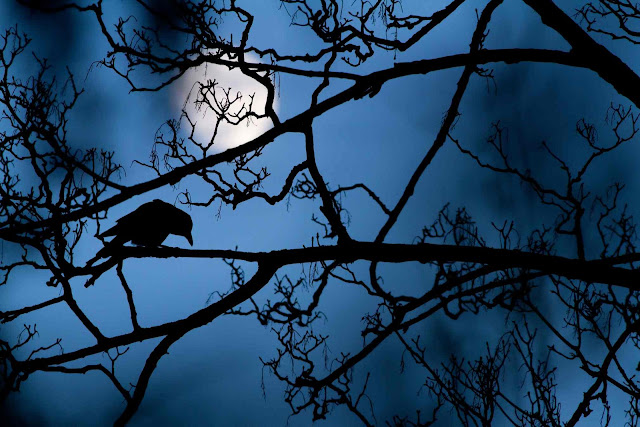 The moon and the crow, Gideon Knight 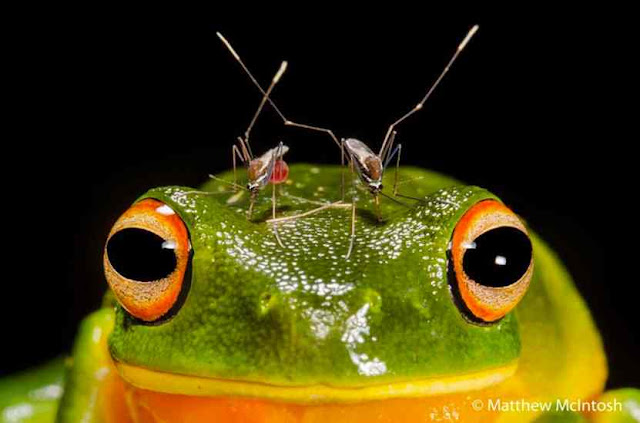 Piercing Headache, by Matthew McIntosh
Posted by geonni banner at 11:30 AM No comments:

Posted by geonni banner at 11:12 AM No comments: 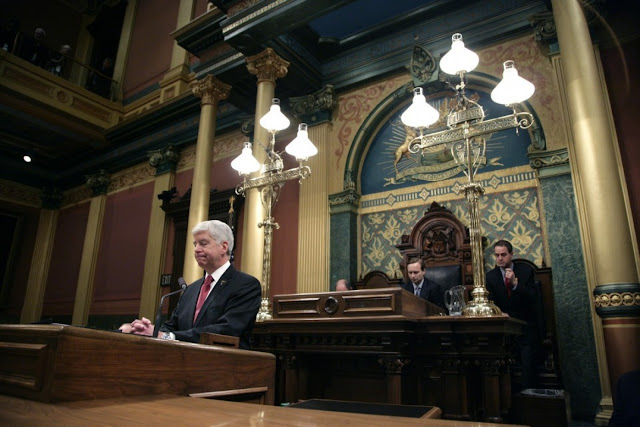 Michigan Gov. Rick Snyder, left, pauses as he delivers his State of the State address to a joint session of the House and Senate, Tuesday, Jan. 19, 2016, at the state Capitol in Lansing, Mich. Also seen are Lt Gov. Brian Calley and House Speaker Kevin Cotter. (Al Goldis/AP Photo)

A new law in Michigan will prohibit local governments from banning, regulating or imposing fees on the use of plastic bags and other containers. You read that correctly: It’s not a ban on plastic bags — it’s a ban on banning plastic bags.

Michigan Lt. Gov. Brian Calley signed the new public act into law on Wednesday, along with 11 other bills. Gov. Rick Snyder is currently on vacation out of state, local news sources reported, and Calley has the authority to sign bills into law in his absence.

The new public act prohibits local ordinances from “regulating the use, disposition, or sale of, prohibiting or restricting, or imposing any fee, charge, or tax on certain containers,” including plastic bags, as well as cups, bottles and other forms of packaging. This means individual cities and municipalities are not allowed to ban plastic bags or charge customers a fee for using them.

Bans and restrictions on the use of plastic bags are widespread in other parts of the country and around the world. The rationale is simple: Plastic bags are infamous non-biodegradable sources of pollution — although they will eventually break down into tiny pieces, scientists believe this process can take hundreds of years, or even up to a millennium, in landfills.

Many scientists are growing particularly concerned about plastic pollution in the oceans. Research suggests that 5 million to 12 million metric tons of plastic may have been dumped into the ocean in 2010 alone. There, the waste is frequently eaten by seabirds and other marine animals — or it breaks down into tiny pieces known as microplastics, which scientists believe can be harmful or even toxic to sea creatures who ingest it.

Bangladesh was the first country in the world to ban certain types of thin plastic bags in 2002, after they were found to have choked the nation’s drainage systems during a series of devastating floods.

China instituted a similar ban in 2008, and also prohibits businesses from giving out thicker plastic bags to customers for free. Other nations, including South Africa and Italy, have also enacted similar restrictions.

San Francisco became the first U.S. municipality to institute a plastic bag ban. And in 2014, California became the first state. Many other municipalities around the country have bans or fees in place, including Austin, Seattle and Chicago, which will be repealing its citywide ban in favor of a 7-cent tax next month.

On the other hand, Michigan is not the only state to have implemented a ban on bans. Idaho, Arizona and Missouri all have enacted similar laws. In these cases, proponents of the laws have defended them as a way of protecting businesses from having to comply with additional regulations.

The new Michigan law was met with praise from the Michigan Restaurant Association for this reason.

“With many of our members owning and operating locations across the state, preventing a patchwork approach of additional regulations is imperative to avoid added complexities as it related to day-to-day business operations,” said Robert O’Meara, the association’s vice president of government affairs, in a statement.

But others have criticized the legislation as an overstep in authority. Michigan news outlet MLive reported that Rep. Jeff Irwin, a democrat representing Ann Arbor, spoke out against the bill while it was still in the House, saying that it “attacks local control.”

Earlier this year, the Washtenaw County Board of Commissioners, which is seated in Ann Arbor, had voted in favor of a new ordinance imposing a 10-cent fee on both paper and plastic bags dispensed in grocery stores throughout the county. Under the new Michigan public act, such a fee will not be permitted.
Posted by geonni banner at 12:25 PM No comments:

The Elephants and China

Dozens of trade venues to be closed in the next three months, in a move activists are calling ‘a gamechanger’ 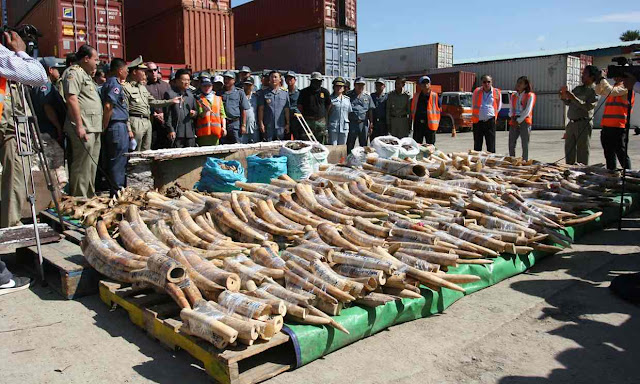 It is estimated that over 20,000 elephants were killed for their ivory last year, with much of it going to China. Photograph: AFP/Getty Images

China will ban all domestic ivory trade and processing by the end of 2017, state media reported on Friday, in a move hailed by activists as a gamechanger for Africa’s elephants.

“China will gradually stop the processing and sales of ivories for commercial purposes by the end of 2017,” the official Xinhua news agency said, citing a government statement.

The announcement follows Beijing’s move in March to widen a ban on imports of all ivory and ivory products acquired before 1975 after pressure to restrict a trade that sees thousands of elephants slaughtered every year.

Xinhua said the complete ban would affect “34 processing enterprises and 143 designated trading venues, with dozens to be closed by the end of March 2017”.

“This is great news that will shut down the world’s largest market for elephant ivory,” Aili Kang, executive director of the Wildlife Conservation Society in Asia, said in a statement.

“I am very proud of my country for showing this leadership that will help ensure that elephants have a fighting chance to beat extinction. This is a gamechanger for Africa’s elephants.”

Conservationists estimate that more than 20,000 elephants were killed for their ivory last year, with similar tolls in previous years.

The Convention on International Trade in Endangered Species of Wild Fauna and Flora (CITES), which took effect in 1975, banned the ivory trade in 1989.

Like other countries, China permits the resale of ivory bought before the 1989 ban – and also has a stockpile purchased with CITES approval in 2008, which it releases for sale with certification.

The WWF also praised China’s move to a complete ban but called on the Chinese territory of Hong Kong to bring forward a plan to end its ivory trade by 2021.

“With China’s market closed, Hong Kong can become a preferred market for traffickers to launder illegal ivory under cover of the legal ivory trade,” said Cheryl Lo, senior wildlife crime officer at the WWF.
Posted by geonni banner at 12:14 PM No comments: