But Is It Art? In the Case of ‘Doggie Hamlet,’ Yes 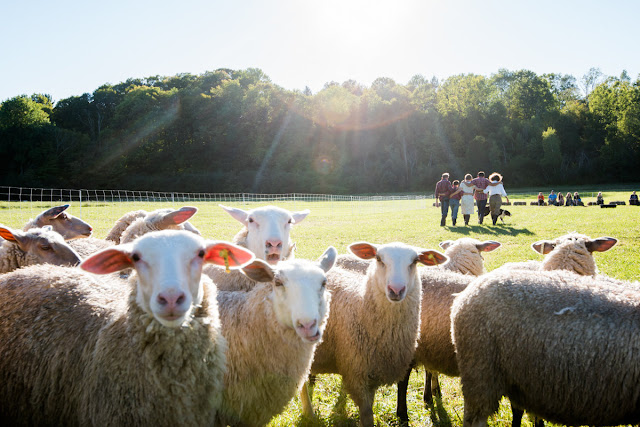 At first glance, it doesn’t seem like a performance. The stage is a meadow, and the score is a collection of sounds, including the commands of a dog handler and the pounding of hooves. A woman extends her arms while four sheep, trailed by a determined dog, trot in a circular formation. In quick cuts, we see bigger flocks — a blur of curly wool and strong snouts — race by. Moments later, a young man holds a sheepskin and spins, before collapsing onto the grass.

Is it silly? Is it pretentious? Is it art?

An early video sketch of “Doggie Hamlet,” a site-specific work by the choreographer and performance artist Ann Carlson, has recently become fodder for conservatives intent on eliminating federal funding of the National Endowment for the Arts. I can’t defend this strangely chopped together video, which undercuts the scope and mysterious splendor of Ms. Carlson’s vision. But as a dance critic, I will fight for Ms. Carlson, a multidisciplinary artist whose work poignantly explores social issues through the lens of performance.

Ms. Carlson is no joke. But under the headline “Taxpayers Foot Bill for ‘Doggie Hamlet’” in the conservative online magazine The Washington Free Beacon, Ms. Carlson and her production were mocked in a piece subtitled: “Actors in federally funded show yell and run at sheep in field for ‘postmodern dance.’”

Art is subjective to be sure, but judging a three-minute promo without context does no one any favors. “Doggie Hamlet,” it should be noted, has not received National Endowment money directly but has been funded by the New England Foundation for the Art’s National Dance Project (2015) and Creative Capital’s Map Fund (2014). While Creative Capital is an independent organization, the New England Foundation for the Arts is one of six regional arts organizations established with funding from the National Endowment for the Arts; Ms. Carlson’s production grant was $45,000.

The finished version will be shown by presenters that receive National Endowment funds. So far, there are plans to show the work at Dartmouth College in New Hampshire; in Jackson Hole, Wyo.; Philadelphia; Los Angeles; and, if things go well, New York City.

Although Ms. Carlson has been on a self-imposed news blackout since the election, people informed her about the discussion of her work in political circles. Her reaction was disbelief. “It’s such an innocuous, sweet work in a way, I felt at first like, really?” she said in a telephone interview from Los Angeles, where she lives. 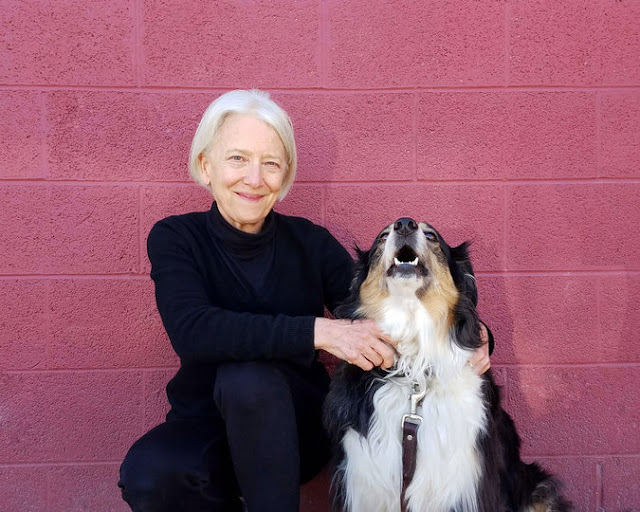 Ann Carlson and her dog Wren. Credit Daniel Mont-Eton
But she also realized early on that her project was easy to laugh at — even by loyal presenters to whom she pitched the idea. “People are, like: ‘What is this? You’re working with dogs?’ And they laugh.”

What exactly is “Doggie Hamlet”? The 70-minute production, which unfolds at dusk, includes five performers, three herding dogs, a dog handler, a dog trainer and a flock of sheep. Ms. Carlson was inspired by sheepherding trials and David Wroblewski’s “The Story of Edgar Sawtelle,” an Oprah book-club pick that is structured like Shakespeare’s “Hamlet” and tells of a boy who can hear but not speak. He learns American Sign Language to communicate with people, but he also uses a gestural language with the dogs he raises.

“Doggie Hamlet” doesn’t retell that story but borrows from it to look at, in part, what it means to be a citizen of the world, nature included. Ms. Carlson said that the production plays with how narrative lives in art. “It works with these very ancient practices and symbols of culture,” she explained, “which are shepherding and dancing.”

The current funding debate feels like a return to the 1980s and ’90s, when the National Endowment’s relevance was questioned. Some conservatives attacked artists like Andres Serrano — specifically his “Piss Christ” photograph of a crucifix in a container of what was supposedly his own urine — and Robert Mapplethorpe, known for his homoerotic photographs. In 1990, there was another attack on the boundary-crossing work of the artists Karen Finley, Tim Miller, John Fleck and Holly Hughes, who became known as the N.E.A. Four.

But there is a big difference here: Ms. Carlson’s productions aren’t sexually explicit or provocative. Unlike the circumstances surrounding the N.E.A. Four, there is no decency standard at play, just a perpetual problem for modern dance and performance art: It is too easy to make fun of them.

People want to know the meaning behind nonlinear work, yet the form, porous by nature, doesn’t always allow for easy answers. As with all of Ms. Carlson’s work, “Doggie Hamlet” lives in both the symbolic world and the real world, and while she might not be spelling out a message, she’s asking questions: What does it mean to follow? What is instinct, and how does that differ from a reaction? What is our relationship to animals and to land? 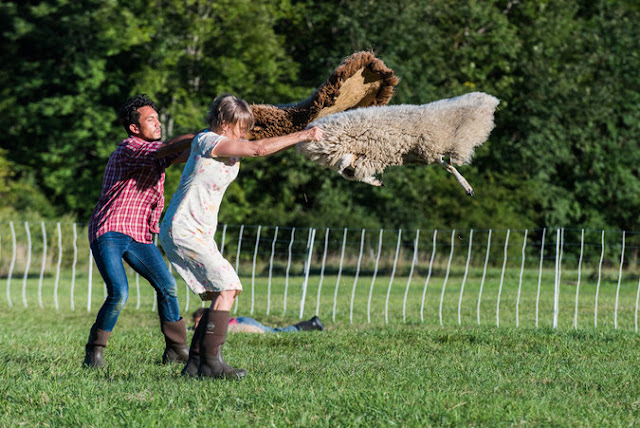 “Doggie Hamlet” also brings together people from seemingly disparate groups. Farmers, artists and, to her surprise, knitters have been in attendance. But this is what Ms. Carlson has done for years: taken choreography out into the real world, as when she made “Sloss, Kerr, Rosenberg & Moore,” a much-lauded dance for four lawyers, in 1986.

For Kristy Edmunds, the executive and artistic director of the Center for the Art of Performance at the University of California, Los Angeles, which will present “Doggie Hamlet” at Will Rogers State Historic Park, Ms. Carlson gives “exquisite attention to things that we don’t see without her care.”

Speaking of what it costs to present “Doggie Hamlet,” Ms. Edmunds said: “The total estimate that I have right now, including her fee, is $76,000. That is the production costs, the permits, lights, hotels, where to house and board the sheepherding dogs, then how to find the flock of sheep, getting all of the animal protections in place, finding a site, getting permits in place, the marketing and food and per diem.”

Ms. Carlson pays her performers out of her fee. “How many times would the project have to be performed,” Ms. Edmunds said, “before the artist makes $5?”

In her recent “Symphonic Body: UCLA,” Ms. Carlson conducts 80 people from all walks of university life, including maintenance workers and personnel from the vice chancellor’s office, in a performance of gestures. She cast it by asking people to recommend five others they admired. They didn’t need to know them well. One, said Ms. Edmunds, who commissioned the work, was a beloved parking attendant. She called the piece “a symphony of silence.”

Ms. Carlson’s projects are not slapdash. (As Ms. Edmunds put it, “You can’t imagine how many flocks of sheep I’ve gone and seen.”) They’re considered, detailed and grand in their seeming simplicity. Few artists are so able and even willing to bridge the gap between art and the everyday at such a high level, but Ms. Carlson does so by documenting life’s beauty and absurdity. She unearths what’s wise in absurdity and shows how something that might appear banal can suddenly become luminous.

And though I have no problem with certain kinds of elitism, Ms. Carlson is hardly an elite artist: She not only makes art for the people, but she also makes it with and about them. And if you believe that taxpayer money should support the arts — and I do — this fits. Because in answer to that earlier question, yes, on too many levels to contemplate “Doggie Hamlet” is art. 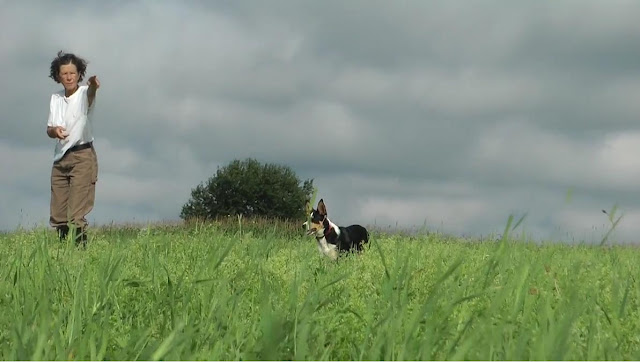 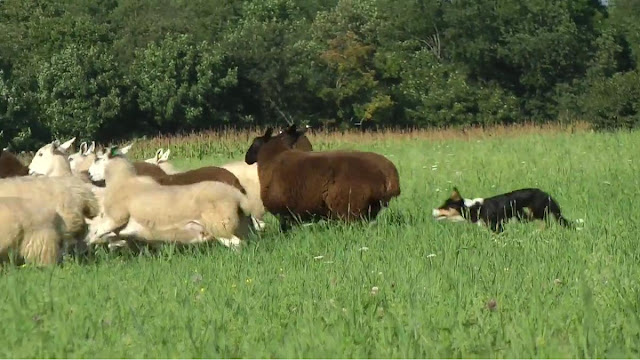