Statewide assessment, which comes amid summer of extreme wildfires, warns of deadly cost if climate change is not stopped 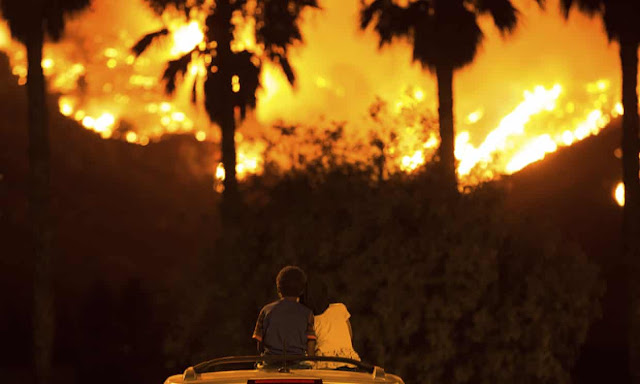 California’s summer of deadly wildfires and dangerous heatwaves will soon be the new normal if nothing is done to stop climate change, a report released on Monday warns.

City heatwaves could lead to two to three times as many deaths by 2050, the report says. By 2100, without a reduction in emissions, the state could see a 77% increase in the average area burned by wildfires. The report also warns of erosion of up to 67% of its famous coastline, up to an 8.8F (4.9C) rise in average maximum temperatures, and billions of dollars in damages.

“These findings are profoundly serious and will continue to guide us as we confront the apocalyptic threat of irreversible climate change,” said the state’s governor, Jerry Brown, in a tweet about the report, the fourth statewide climate change assessment released since 2006.

Rising temperaturescould lead to up to 11,300 additional deaths in 2050, the report says, and the overall number of days marked by extreme heat will “increase exponentially in many areas”.

The effects of those extreme heat days will probably weigh most heavily on the state’s most vulnerable residents, including the more than 100,000 people who are homeless in California, many of whom live on the streets without reliable access to fans, air conditioners, or running water.

“The 2006 heatwave killed over 600 people, resulted in 16,000 emergency department visits, and led to nearly $5.4bn in damages,” the assessment reports. “The human cost of these events is already immense, but research suggests that mortality risk for those 65 or older could increase tenfold by the 2090s because of climate change.” 
The California energy commission chairman, Robert Weisenmiller, said: “It really forces you to think through what do we do about the more elderly – the more endangered.” The commission was one of three agencies that published the report. “How do we protect them during these intense heat periods?”

As researchers point out in a summary of the findings, cooling mechanisms such as air conditioners can help mitigate the effects of intense heatwaves, but increased electrical consumption can also drive up the emissions responsible for climate change in the first place. And the double threat of wildfires and increased energy consumption can endanger a power grid vital in a crisis.

The “apocalyptic threat” the governor described would present itself in myriad ways in a state prone to extreme weather events like drought and wildfires, said Amir AghaKouchak, an associate professor at the University of California, Irvine, and a researcher who contributed to the assessment.

As climate change progresses, AghaKouchak said, overall rainfall would probably remain the same, but it would come in the form of extreme storms followed by longer periods without rain.
“There will be two consequences: one is more potentially extreme floods, and the other is problems with drought management.”

Intense rainfall after a season of wildfires could also mean more landslides similar to the deadly mudslides in Santa Barbara earlier this year, AghaKouchak said. More rain coming in short bursts was likely to aggravate water management problems in a state already stricken by drought. And drought areas – including much of California – have been shown to warm faster than others, he said. 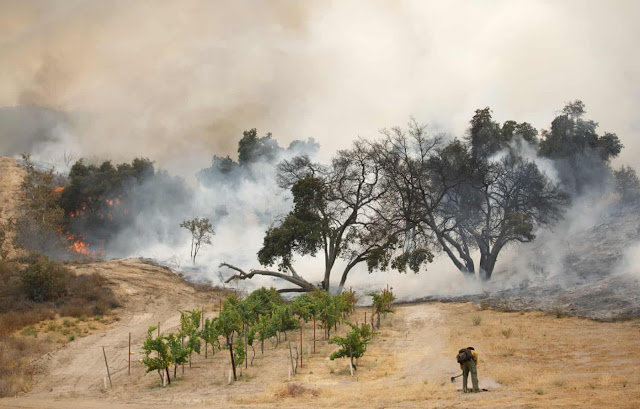 The North Fork Mono tribe chairman, Hon Ron Goode, who also contributed to the assessment, said it was the first time the state’s native population had been included in the report, despite the fact that native Californians were among the most vulnerable to the effects of climate change.

But before colonization, Goode said, the native population would not have been so vulnerable, because it was more mobile and could nimbly adapt to changes in the climate. “They knew how to move around and where to go and let something rest,” he said. “Now, it’s different. We’re locked into our reservations; rancherias; allotment lands. We can’t just run away – those are our lands and that’s it.”

The report offers some suggestions of how to mitigate the disastrous effects it predicts, Weisenmiller said, from land use planning to reducing California’s greenhouse gas emissions, just under half of which come from transportation.

But Goode said he was not sure whether to be hopeful. “I won’t say that I’m hopeful. I would like to feel hopeful, but I don’t see it happening right now,” he said. “I don’t see the politicians stumbling over themselves to make that change.”
Posted by geonni banner at 12:14 PM