"Everything Trump Touches Dies" review: a poison dart in the neck of the Republican monster 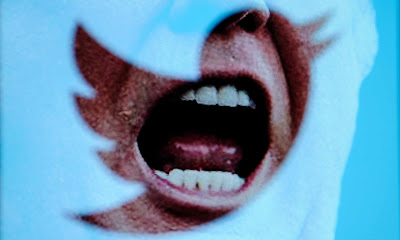 The Republican political consultant Rick Wilson has filled his new book with more unvarnished truths about Donald Trump than anyone else in the American political establishment has offered. Wilson never holds back. That is especially refreshing at a moment when so many mainstream journalists still feel compelled to be “fair” to our psychotic president – and so few Democratic officeholders have called for the impeachment that Trump so richly deserves. 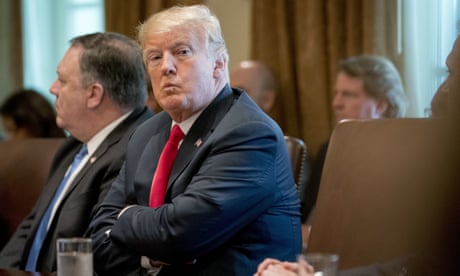 A few examples of Wilson’s eviscerations: “Everything about Trump’s opening speech was moral poison to anyone who believed in any part of the American dream. Everything about his nationalist hucksterism smelled like … a knock on the door of authoritarian statism.”

The right is “merrily on board with a lunatic with delusions of godhood”.

“There’s an odds-on chance that our grandchildren will hear this tale while hunched over guttering fires in the ruins of a radioactive Mad Max-style hellscape.”

“Washington is the drug-resistant syphilis of political climates, largely impervious to treatment and highly contagious.”

The tax bill was a masterwork of “gigantic government giveaways, unfunded spending, massive debt and deficits, and a catalogue of crony capitalist freebies”.

Trump has surrounded himself with Wall Street alumni “who have behaved with weapons-grade venality … and Master of the Dick affects. They were there … only for the tax bill. Nothing else ever mattered to any of them.”

The Trump administration has been “a hotbed of remarkably obvious pay-to-play and crony capitalist game-playing. How obvious? Think 1970s Times Square hooker on the corner obvious … The degree to which this president has monetized the presidency for the direct benefit of himself, his soft-jawed offspring, and his far-flung empire of bullshit makes the Teapot Dome scandal look like a warm-up act in the Corruption Olympics.”

The presidency “hasn’t been an endless exercise in self-fellation, until now”.

While people like the New York Times executive editor, Dean Baquet, wring their hands in public over using the word “lie” too often because they worry that it will lose its power, Wilson makes one brutally accurate judgment after another about the men and women who have enabled this embarrassing excuse for a sentient president.

Wilson even manages to give some of the blame to political consultants like himself: “The creature that emerged after Sarah Palin crawled from the political Hellmouth in 2008 kept growing, hungry not for policy victories … but for liberal tears, atavistic stompy-foot rages, and purity over performance … we fed the monster and trained it …

“Then Trump came along ... The monster is out of its cage, and its new trainers (both here and in Russia) encourage only its dumbest, darkest, most capricious, cruel and violent behaviors.”
His book is intended as “one of a number of poison darts in the neck of the monster”. And it’s hard to imagine many of his victims looking themselves in the mirror again if any of them have the courage to read this volume.

“All the things evangelicals had said for generations that made a candidate anathema were suddenly just fine … Being a goddamned degenerate pussy-grabber with a lifetime of adultery, venality, and dishonesty is not, to my knowledge, one of the core tenets of the Christian faith … Trump has opened entirely new theological avenues … There is literally not one aspect of Trump’s behavior as a citizen, a husband, and as a man that shows the slightest scintilla of repentance for anything, ever.”

His judgments of Trump’s enablers are equally vicious. Ivanka is “the least slow-witted of his adult children”. Her husband Jared looks “more like a court eunuch than a crown prince”. Everything about Kushner is “bereft of ideas or edges. He looks as if he was grown in a laboratory to deliberately not give offense … [Ivanka and Jared’s] judgement about absolutely everything was comically terrible from the start.”

No one else who has penetrated Trump’s orbit fares any better here. Steve Bannon “looks like the spokesmodel for a new line of gout medication … His rheumy-eyed stare and an odd constellation of facial moles, warts, scrofula, weeping sores and grizzled beard patches make him look vaguely piratical.”

But this book is more than endless stream of vicious personal insults. It also unravels the complete intellectual bankruptcy of the “ideology” of this mad administration. Besides all the schadenfreude it will give to Trump’s enemies, it contains a single, invaluable piece of advice for the Democrats, who Wilson says are missing “a massive market opportunity in the era of Trump”.

Under this president, the GOP has abandoned “any pretense” that it cares about the national debt. The Democrats could “move votes and donations” by advertising what they have really been for several decades already: the “real party of fiscal sanity, probity and responsibility”.

After all, Bill Clinton was the only modern president to end his second term with an actual federal budget surplus – something destroyed by George W Bush’s tax cuts and then made permanently unimaginable by Mitch McConnell, Paul Ryan and Donald Trump. 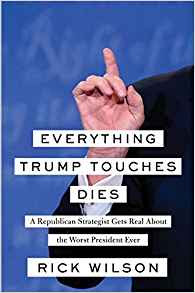 Everything Trump Touches Dies: A Republican Strategist Gets Real About the Worst President Ever Hardcover – August 7, 2018